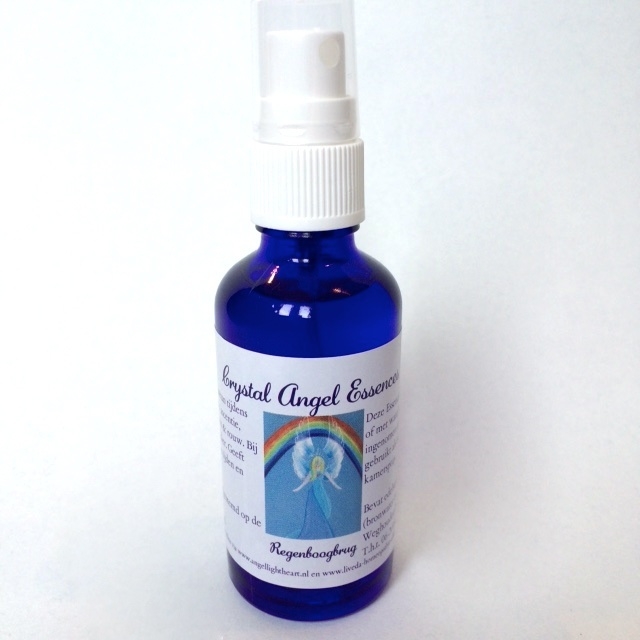 The Angels of the Rainbow Bridge

The rainbow brigde is well known to those who have lost a pet. It is recognized pets leave the earth by means of this bridge. Yet the Angels of the Rainbow Bridge do so much more1 they help all those who are in transition, wheter on an ascension path, coming to earth or passing away and those who need to say goodbye and will stay behind for a while longer. As such this essence helps deal with all these times of change. It will help us let go of the safe and known and open up to the new and unknown. It give the faith and trust to step into the new. It may help you find a metaphorical pot of gold!

The Angels of the Rainbow Bridge have the same function as Archangel Azrael helping those passing over and those grieving with letting go. It matters not if these are humans or pets, animals, plants or trees. They bring hope, especially to those left behind.

Sould can also walk the Rainbow Earth from the Light Worlds to the Earth. As such this essence can help during births (though the Archangel Gabriel Essence is wonderful for these times as well).

In the world post 2012, the Earth moves into new energies and a time is being prepared to live from the heart and crystal clear inention. This essence helps move into the Age of Aquarius! It helps in times of ascelerated energy and growth, such as during solar flares, eclipses and such.

The Rainbow Bridge Essence wil help you cross into another age with full fait!

The last batch of this Crystal Angel Essence is no longer fit for internal use, but remains wonderful for use as an aura spray, rooms spray or to add to your bath. Because it is passed the due date for internal use, it comes at a great discount.